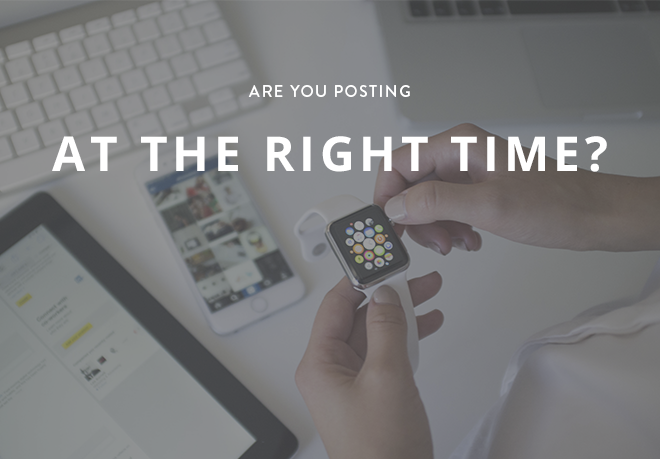 By now, we all acknowledged the importance of social media when it comes to growing your business, boosting your brand recognition or keeping your customers happy and loyal. Thanks to the large variety of internet enabled devices, reaching a client has never been easier, right?

Not exactly. Turns out, there’s more to it than simply posting a lot of content when ever you feel like it. Studies show that mornings, between 7 – 9am and early evenings, between 5 – 7 pm are the best times to post on social media, since people commute and are prone to spend this time on their mobile devices, checking for news and updates. Also, people tend to be in a better mood in the early afternoon, right after lunch – which makes the 1 to 3pm window perfect for sharing your content. If you have an international audience, keep in mind the difference in time zones and make sure you post according to their schedule, not yours.

Apart from these general guidelines, you have to take into consideration the fact that each social platform has certain highs and lows for traffic throughout the day. Knowing the peaks and posting strategically during the higher traffic times will help maximize your post exposure and engagement. Below we listed a set of simple rules to follow when posting to Facebook, Twitter, Instagram, Pinterest or Linkedin. Hope you find this helpful.

Turns out that higher rates of post engagement are registered on Thursdays and Fridays. Makes sense – at the beginning of the week we all try to work harder, plan the tasks for an entire week, deal with urgent and important assignments. By Thursday, our stamina drops down and we seek for distraction. Interestingly, stats show that people are genuinely more happy on Fridays. They are more likely to engage with your page and leave cheerful comments. This is the day to focus on positive content, inspirational stories or innovative ideas

Two more things:
– Images and videos have higher engagement rates than plain text posts.
– Always choose quality over quantity. Posting too many updates in a single day, decreases engagement and increases your chances of being unfollowed. 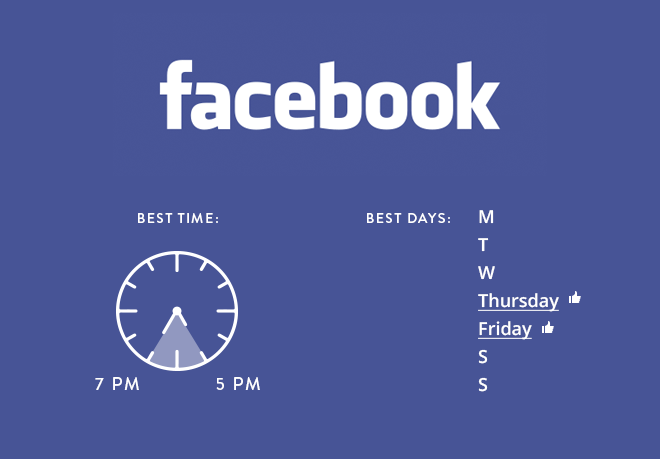 For Twitter on the other hand, best times for content sharing would be Mondays through Thursdays between 8am and 3pm. Posting something after 3pm, unless it’s breaking news, won’t bring you much interaction.
Unlike Facebook, you’re recommend to post at least 4 tweets per day, since the shelf life of a tweet is somewhere between a split of a second and 8 hours, depending on how active your followers are on Twitter. 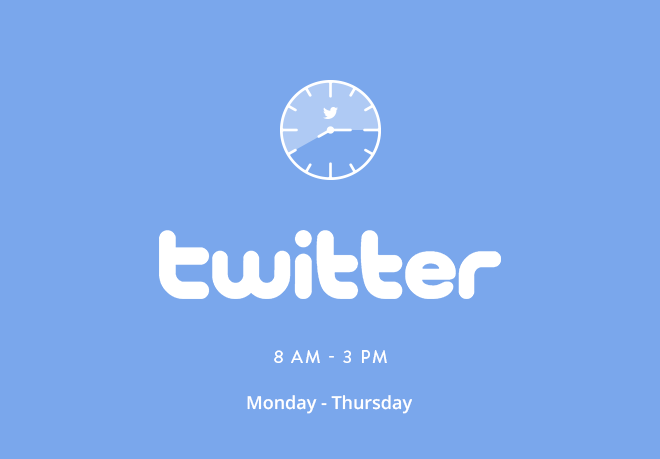 Judging by the speed with which Instagram switched from being a trendy iOS app to a colossal social sharing platform, with over 600 million active users per month – it’s no surprise that the engagement rate stays more or less constant throughout the whole week. However, on average, stats show that there are slight spikes at 2am and 5pm throughout the day (again, commuting hours and all those late night owls who refuse to sleep). 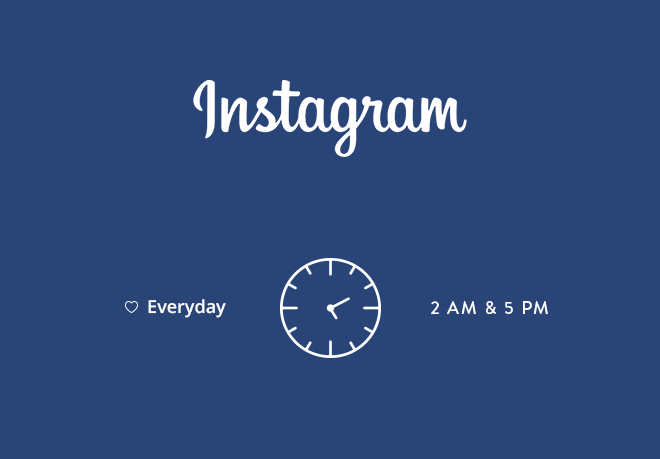 Best time to post on Linkedin is early morning (7-8am), around 12pm, when business professionals are out for lunch, or between 5-6 pm. Posting on Tuesday through Thursday should bring you higher engagement rates. Avoid weekends and evening posts, as well as automatic posts straight from Twitter or Facebook. While this saves your time, it shows that you are not very active on Linkedin which lowers your post interactions. 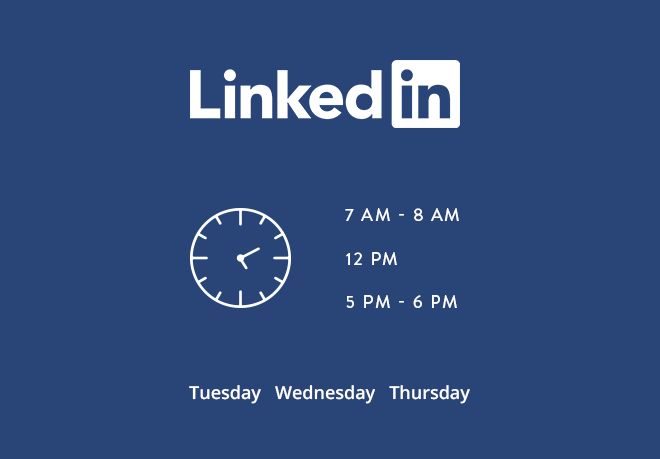 Studies show that it’s best to pin somewhere between 2-4pm or 8pm to 1am. The window between 5-7pm, is for family, friends and dinner, try to avoid it. Saturdays proved to be the day with highest rates of activity. Fridays after 3pm, are the peak time to post for those who are in retail or fashion industry as it gives a great boost to sales.
A great advantage of Pinterest is that your content will be shown to users depending on the keywords that you’ve used, rather than date you’ve posted it. By choosing wisely tags and descriptions, your posts become timeless. 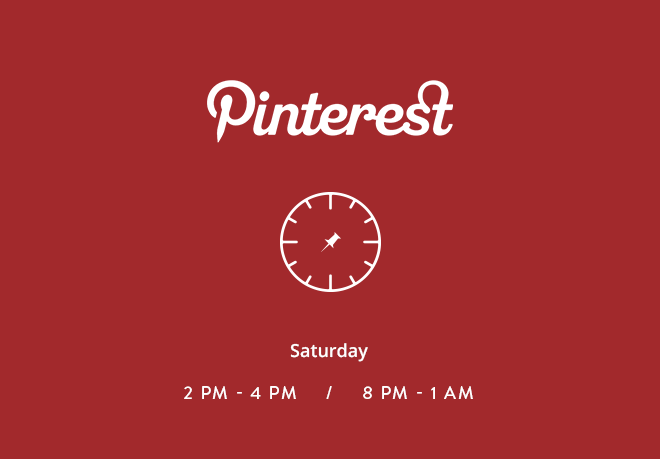 Of course, don’t forget to engage, reply, comment, share, retweet and be kind to your community, after all, they are the ones who make your business bloom.
And because we, at Flothemes, love our community, we decided to extend our 25% Birthday Discount till the end of this week. Use promocode HAPPYFLO for any of our themes.

Whenn soeone writes an paragraph he/she retains the image of a user in his/her brain that how a user can understand it. Thus that's whyy this paragraph is great. Thanks!