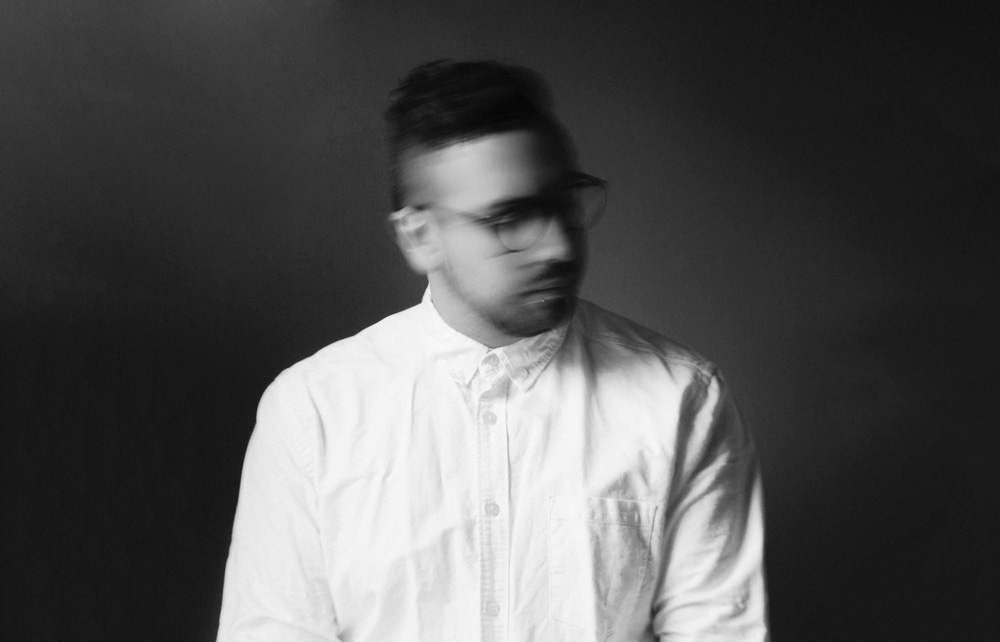 We approached Levi Tijerina a couple of weeks ago, with a very simple, yet important question. We constantly hear today’s photographers referring to themselves as “storytellers”, yet not everybody realizes that this means more than just a fancy, trendy word to describe one’s creative work. Storytelling should always start with your own story. Do you have a story? Do you know how to tell it?
Levi agreed to tell us his story. The ways it shapes him, his life and his work. Just keep reading.. 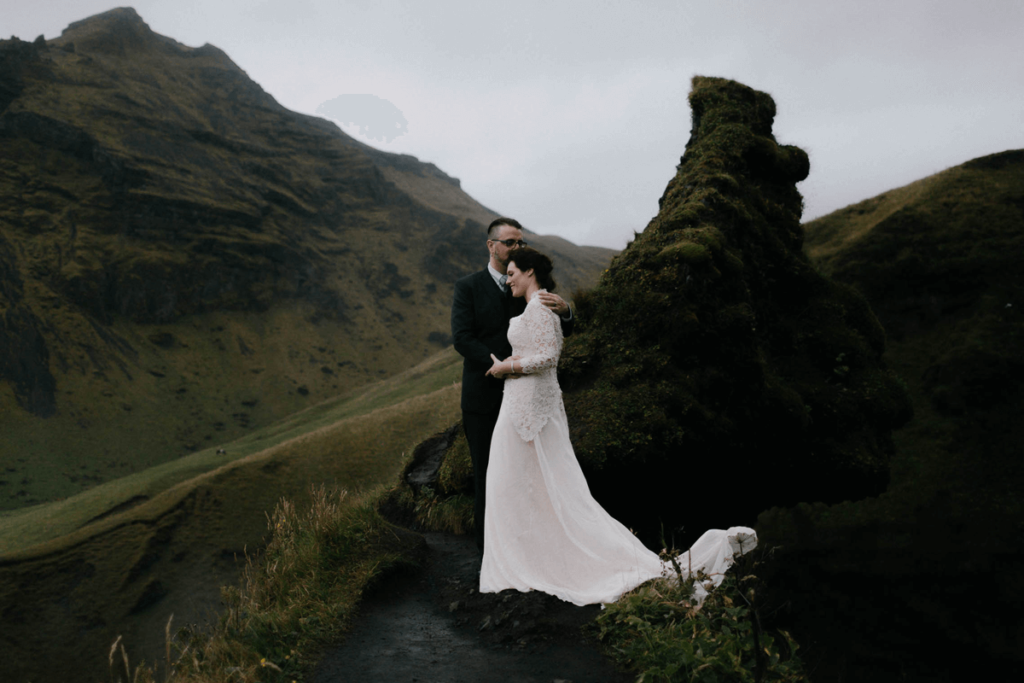 Over six years ago, I was in the cold, cold north of Sweden. I was wearing a thick jacket, with a backpack slung over my shoulder as we deplaned into the arctic tundra outside of Stockholm. After 18 hours of travel, I only had one more flight to get to my final destination: Lithuania. The cold, frigid air was a wake-up call to what I was getting myself into; I was headed into the dead of winter at 55o North.

For those of you that are unfamiliar with Lithuania, it’s a small, post-Soviet republic nestled next to the Baltic Sea. It’s quiet, dark, slow-paced, and magical.

I was spending a semester abroad, living in the quiet port town of Klaipeda. I was nineteen and I didn’t know a soul. When you’re in a new place it’s very easy to retreat to what is familiar—but with me being one of only a few Americans in my dorm there wasn’t much to retreat to. Those first few weeks were some of the loneliest of my entire life. Every day, I would walk 30 minutes to University, spending almost the entire day in silence. My classes ended at 11:00 and beyond that, there was very little social to fill my days with. Every day after class, I would retreat to my dorm, finish my homework, and watch the sun set over the Baltic sea. The pungent burning of coal was ever-present in the air and I would stare out the window longingly and ask myself, “What the hell am I doing here?” I came here to experience another culture—to immerse myself in learning and education —and here I was, alone and isolated. 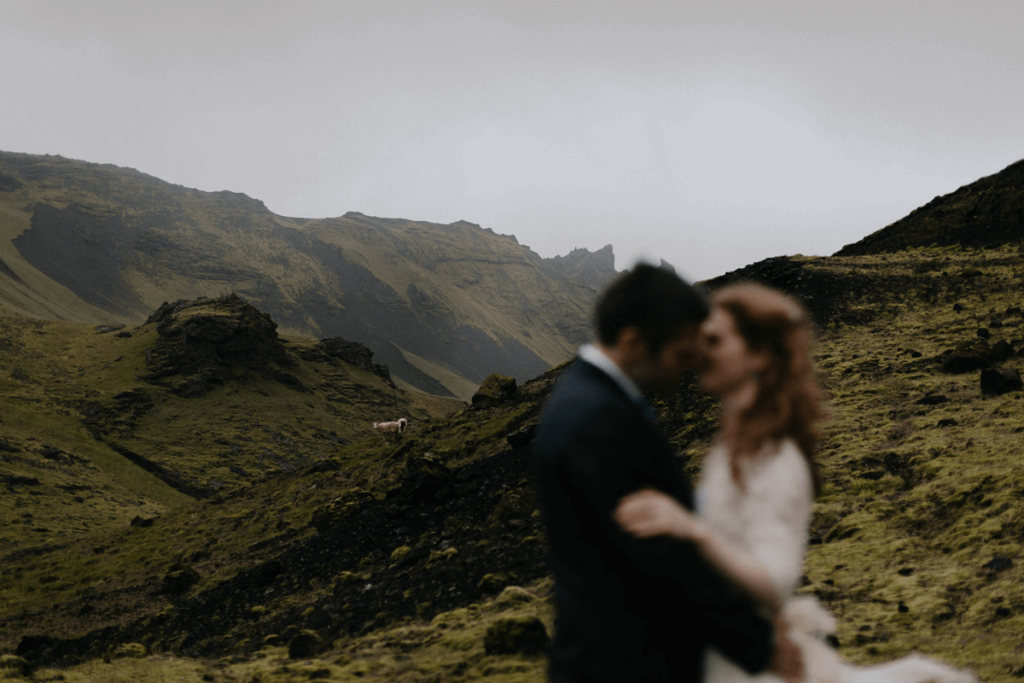 One day, to dull the loneliness, I decided to take the bus out to the coast to try and visit the Sea. I had heard so many amazing things about the coast and I wanted to see it for myself. The day was bone-chilling and every time the doors of the bus opened, a blast of painfully cold air would sting my face. I didn’t know where to get off the bus, so I accidentally took it to it’s final stop, well beyond where I was supposed to disembark. The bus stopped, the doors opened, and everyone (Reality: I was the only one left) was required to get off the bus.

So I stepped off and started walking the way I had come. I was so defeated; I couldn’t even ride the bus without something going wrong and ending up alone. The cold blasted against my face. I trudged along the unpaved sidewalk, skipping over huge puddles, complete with tiny icebergs. It was getting dark and through the windows I could see families sitting down together for dinner. I was entirely on the outside. I must have walked for 20 or 30 minutes before I finally reached the main town square that I had passed much, much earlier. It was easy to miss since the windows of the Bus had been completely iced over. Melnragė was on one of the signs. I was tempted to just catch the next bus and go home, skipping the sea entirely. I was absolutely freezing; without gloves and a hat, I simply wanted to retreat to my lonely den of an apartment. At this point, even warm isolation sounded like a respite.

Instead, I turned to my left and walked up a large dune, sand spilling into my suede boots. As I was cresting the dune, a new sound began to ring around me —the sound of crashing waves. It was the dead of winter, blue-hour, and dark, black clouds were rolling in off the sea—I knew I wasn’t going to be out there long once I finally came upon the sea. 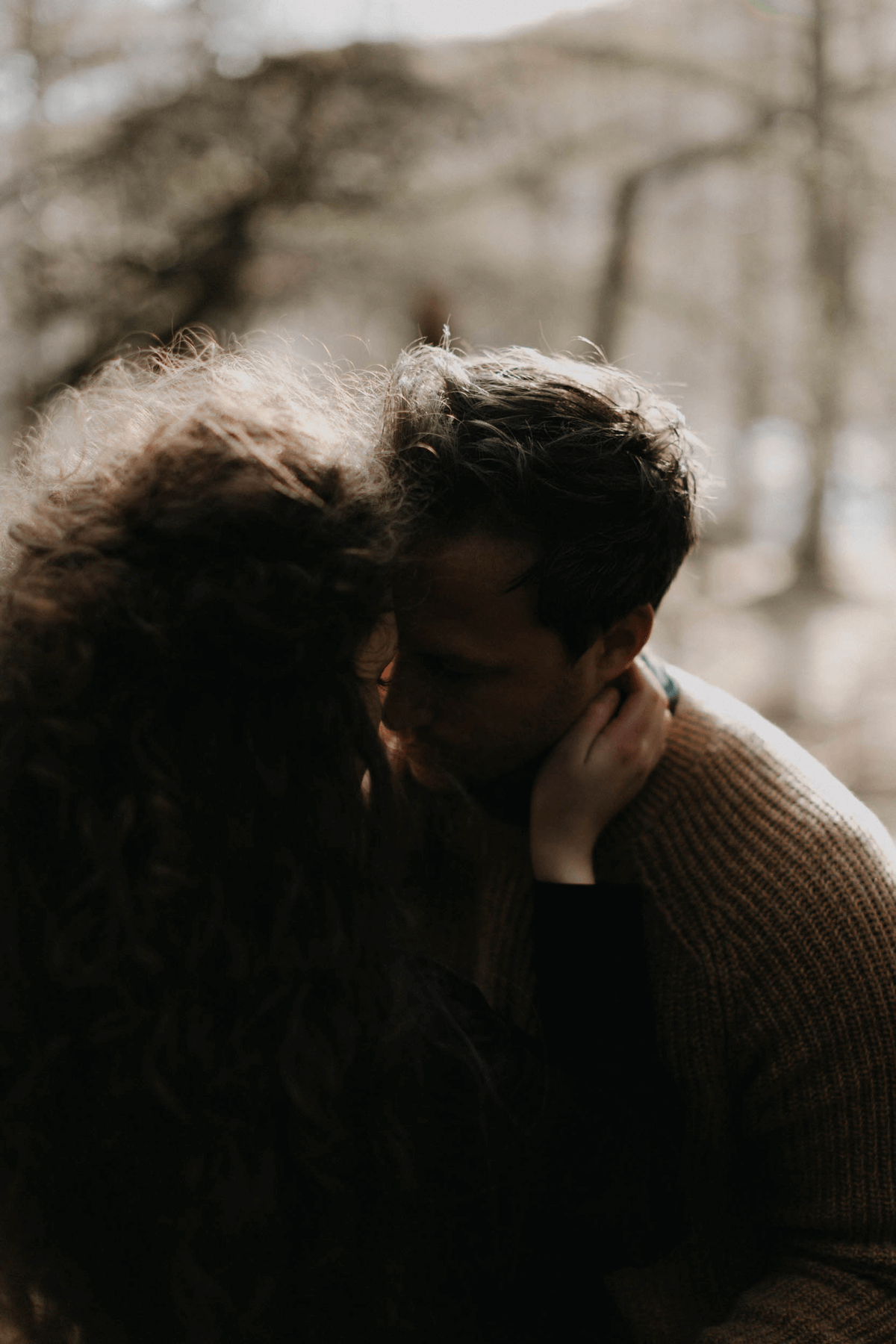 I kept walking up the dune, and when I reached the top, the whole world opened outward, the blue/grey clouds seemed to point straight at the horizon and descend upon the Baltic Sea.

The noise was imminent. The sound of the waves crashing to the beach was deafening—clapped like thunder in my ears. The beaches were completely empty as far as the eye could see. I was alone with the sea.
Terrified, I stepped closer to the water. I was scared to turn my back because the water was so violent that I feared that I could be swallowed up in it, despite being almost 20 meters from the coast.
I stumbled on towards the sea and got as close as I could—as close as I was willing to risk.

With the wind blowing cold sand up in my face and the roar of the sea in front of me, I just stood there, in absolute awe of this strange new world that was my home.
And I couldn’t hold it in any longer; I wept.
Everything that surrounded me—the empty beaches, the violence of the Sea, the unbearable cold—it was a strange and haunting mirror. It was a visceral icon of the violent loneliness within me and the deafening absence of community and friendship in my life.

Never in my life had I felt so alone, and yet at the same time, I felt like the Sea understood me. In its own way, telling me that everything would be OK.

And it would be. 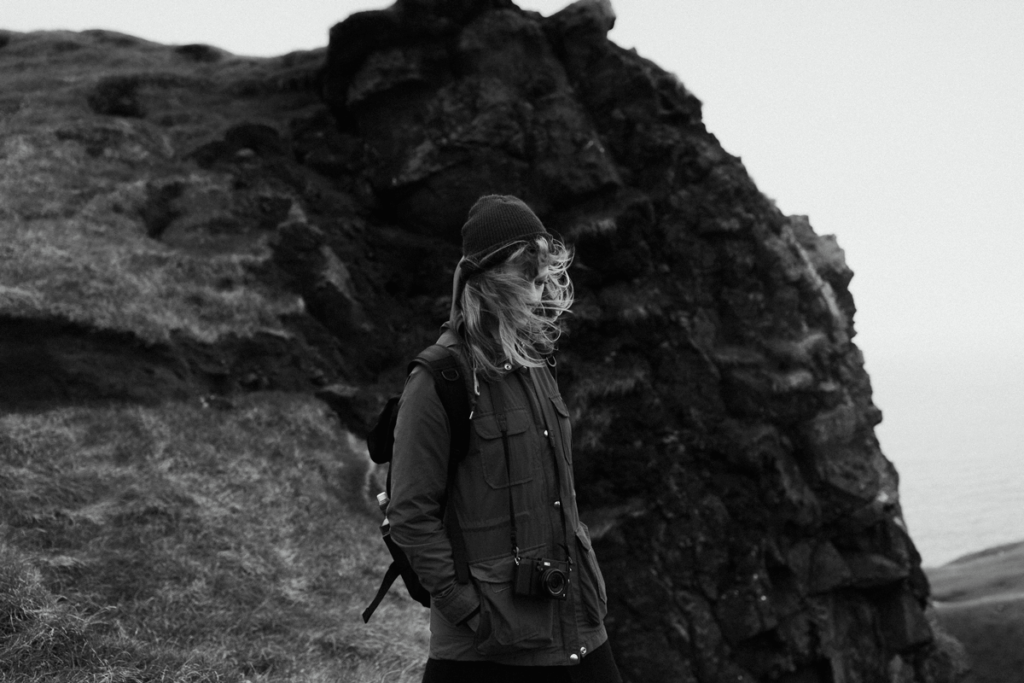 To many of you, reading a melodramatic, personal story does little to connect with your current place in life. But to others, this story will remind you of a time when you felt a similar way—or perhaps you currently feel as isolated and defeated as I once felt. Perhaps you’re not at the end of the story—maybe you’re trudging through the middle of your saga with the bitter cold nipping at your heels.

Aristotle said, “The whole is greater than the sum of its parts.” In isolation, loneliness and defeat depict just a glimpse of who we are, but combined together with our full life, those things compose so much more than just the ill we’ve experienced. Our whole life experience works in tandem within us to create (and recreate) us. To write our story. As photographers, we’ve become obsessed with the word story and the concept of storytelling yet so few of us know where to begin telling a great story.

In order to tell a great story, you need to live a Great Story. 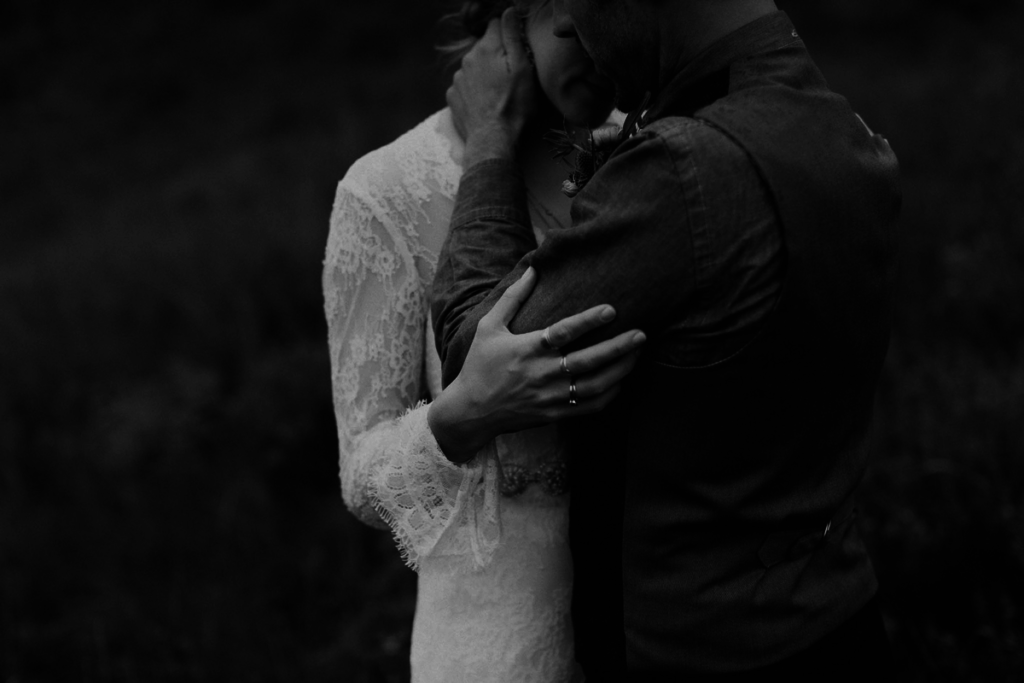 A Great Story isn’t simply limited to just adventures in faraway places and magical moments—although those things can play supporting roles. A Great Story is strung together through daily, intentional choices. Doing the hard things; doing the right things. It’s a daily commitment to face your fears head-on and to be vulnerable with others. It’s the valleys as well as the Mountains. The victories as well as the losses (and trust me, the losses can be many). 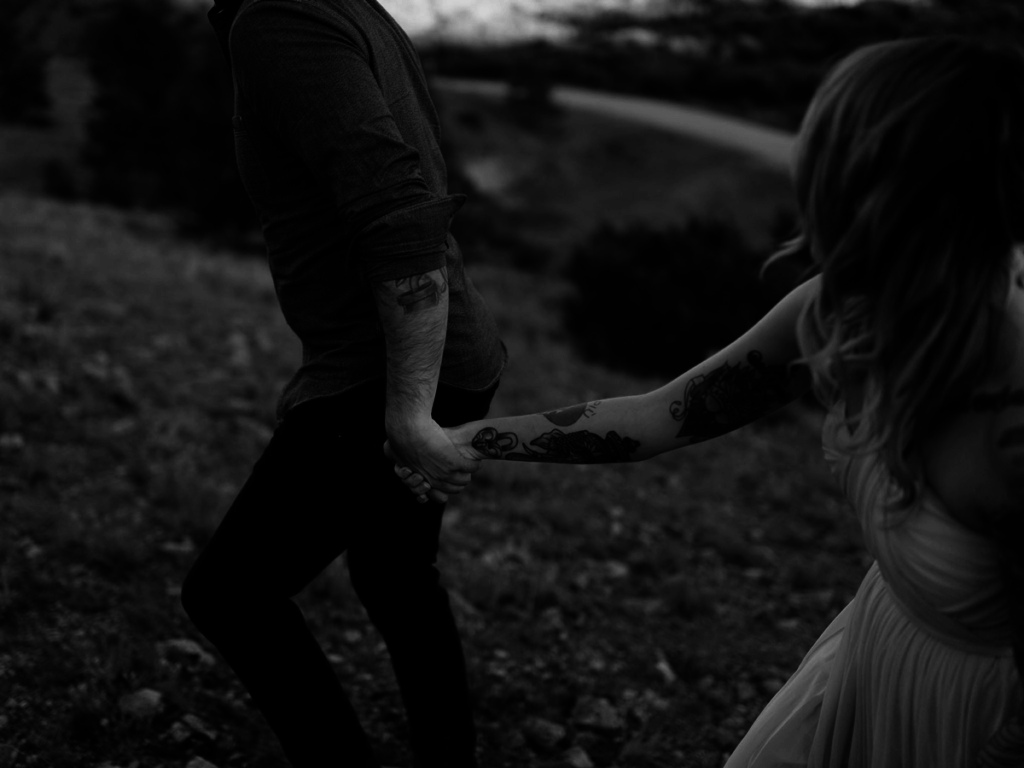 A lot of wedding photographers today are focused on the idea of storytelling as a concept, but fail to actually understand what it means to compose a meaningful story. Even fewer, I think, are set upon living a great story of their own. It’s so easy to look at what others are doing and try to imitate those things. Wedding photography has been saturated with unoriginal ideas—ideas that don’t have their origin in intentionality. And I get it—there is a certain solace in imitating things that are successful. But to create meaningful photos you need to shoot from your heart, uninhibited by the thoughts of others. You need to focus on your own life experiences, as these are the things that inform how you see the world. 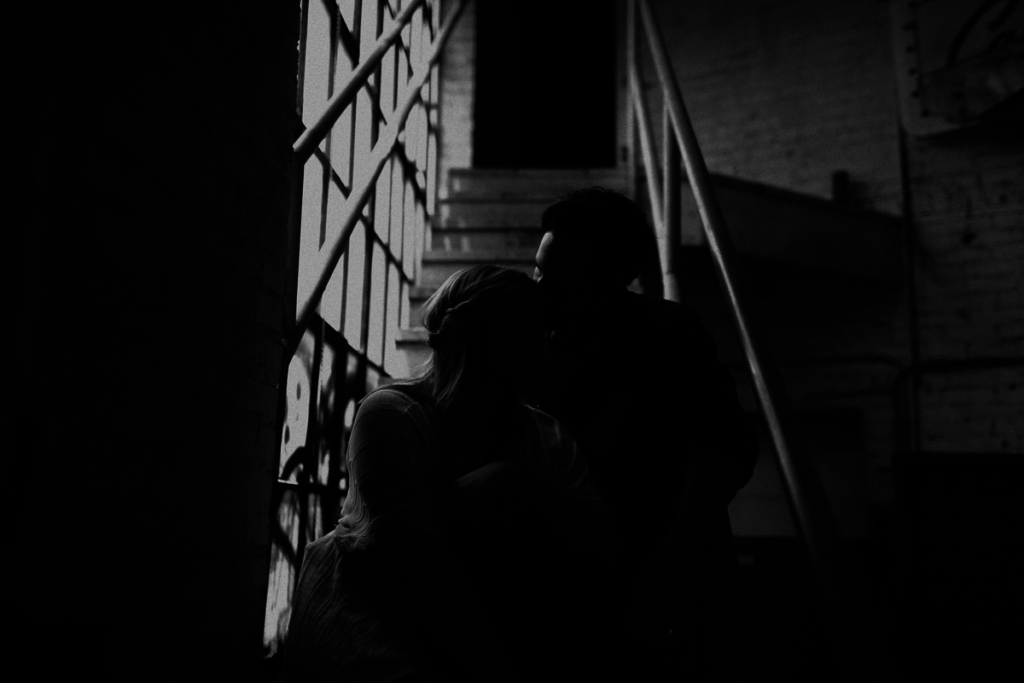 When a couple inquires with me, it’s incredibly important for me to know their story and what moves and inspires them. It’s also important for me that couples know my story and the things that speak to me and the kinds of images that I desire to create. The photographic relationship is symbiotic and it plays off of both myself and my couples. I’m honest about what I can and cannot create, and I think that setting proper expectations creates a safe place with my couples.

I take the concept of storytelling very seriously, and for me, that means knowing myself—knowing my story. But it also means that there needs to be a continuous effort to reflect and to be familiar with my own story. This kind of effort requires an intentional labor to write my Story (apart from work): weekly dates with my wife, yearly trips visiting new and old places, coffee with my friends in the mornings, family dinners, facing conflicts head on, comforting friends enduring loss. The things that give meaning to my life are the kinds of experiences that shed light on my worldview, and, in turn, become manifest in my photographs. 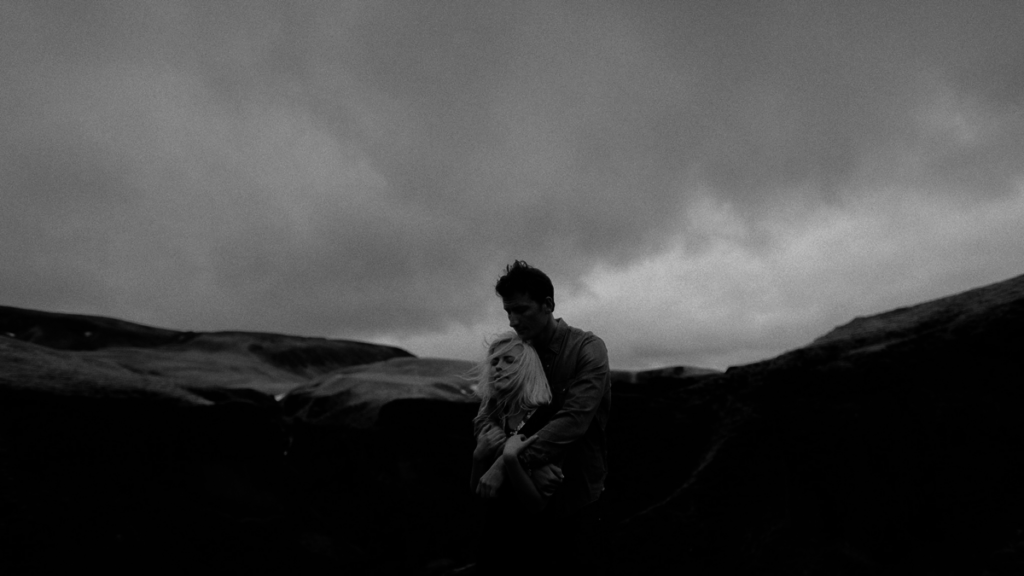 To create images that speak to me, I need to be in touch with my emotions and with the narrative elements in my own life. I desire to make photos that evoke feeling within the viewer (and my subjects) and my hope is that by being present in my own life and embracing the things that life gifts me—both the noble and the odious—that I can take photos from a place of understanding.

If you want to be a part of telling great stories—start at home. Face your fears. Try something new. Say the hard things. Reconcile. Travel. Play. 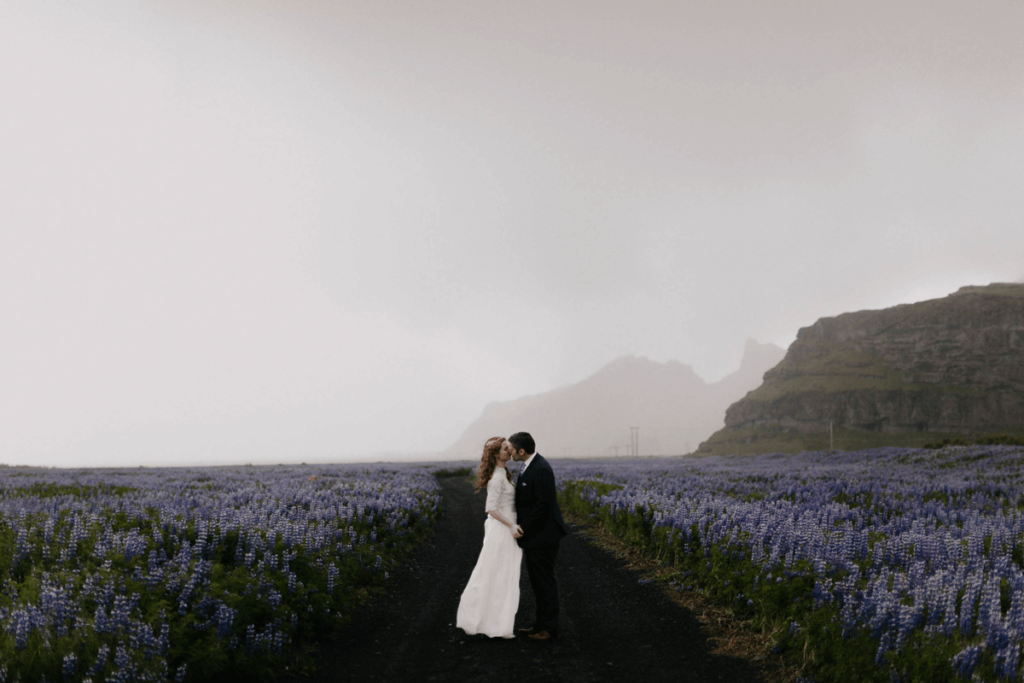 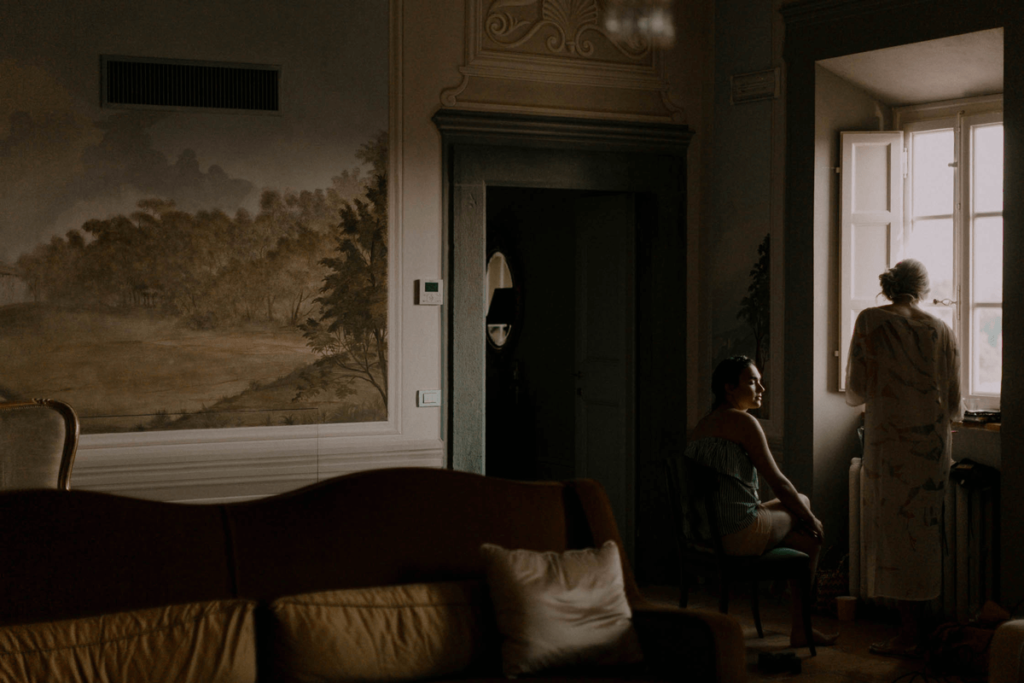 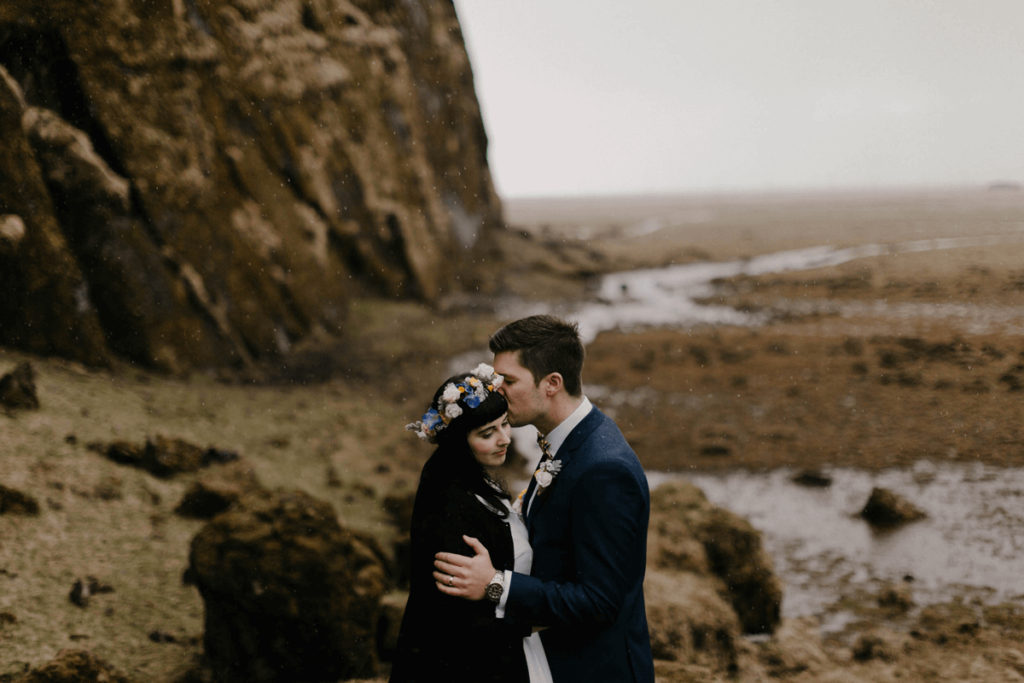 We hope this beautiful insight on Levi’s story, got you thinking about your own life, people you’ve met and experiences you’ve lived, good or bad, which as a whole help you become a better person. It may have taken you to a crucial moment that shaped or changed who you are. It may soothe your current pain and struggle, just by knowing that you’re not alone in this. We just hope you’ll get back to these thoughts once again soon, on a cozy winter eve, with a good cup of tea or coffee and some deep reflections on who you are, where you come from, and where you want to go.

Katch Silva Presets: If You Like a Preset, Learn What It Does

Lukas Piatek: How I Started in Wedding Photography & LooksLikeFilm