If you’re not here to get some insights about the majestic and tricky art of photographing and developing Expired Film, you better be reading this for the sake of the hilariously sarcastic comments that Oli Sansom of Briars Atlas keeps cracking. We’ve been curious to learn more about the intricacies of expired film for a while now, then Oli dropped his photo shoot of Dan O’Day and Dre (Andrea), and we HAD to interview him. You can thank us later. Now, meet this awesome, witty photographer from Australia – Oli Sansom, and enjoy his enchanting love story with photography and expired film!

“Originally I started experimenting with expired film to find some kind of textural quality away from what I was used to. I’m not really drawn to sharpness and perfection, I’m drawn to a little chaos and, if I may throw on my subversive hipster hat, things that make you “feel”. Broadly, apart from the content itself, one of the simpler ways of going about this in any creative medium is to use things that surprise and add a layer of imperfection. We see it in music, with artists exploring tactile, raw instruments and production which isn’t to say that highly produced music can’t also make you feel, its just about hitting it from a different angle. 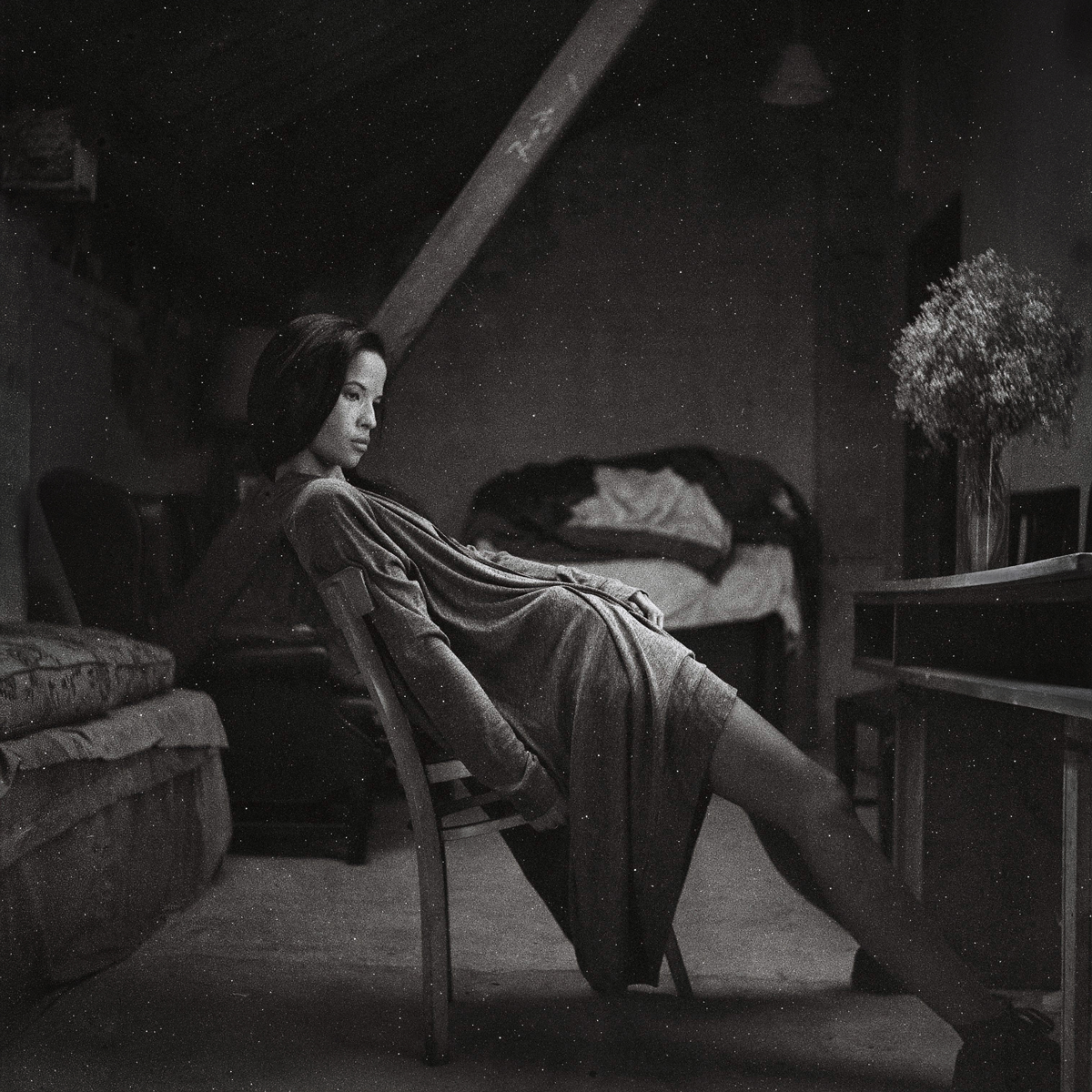 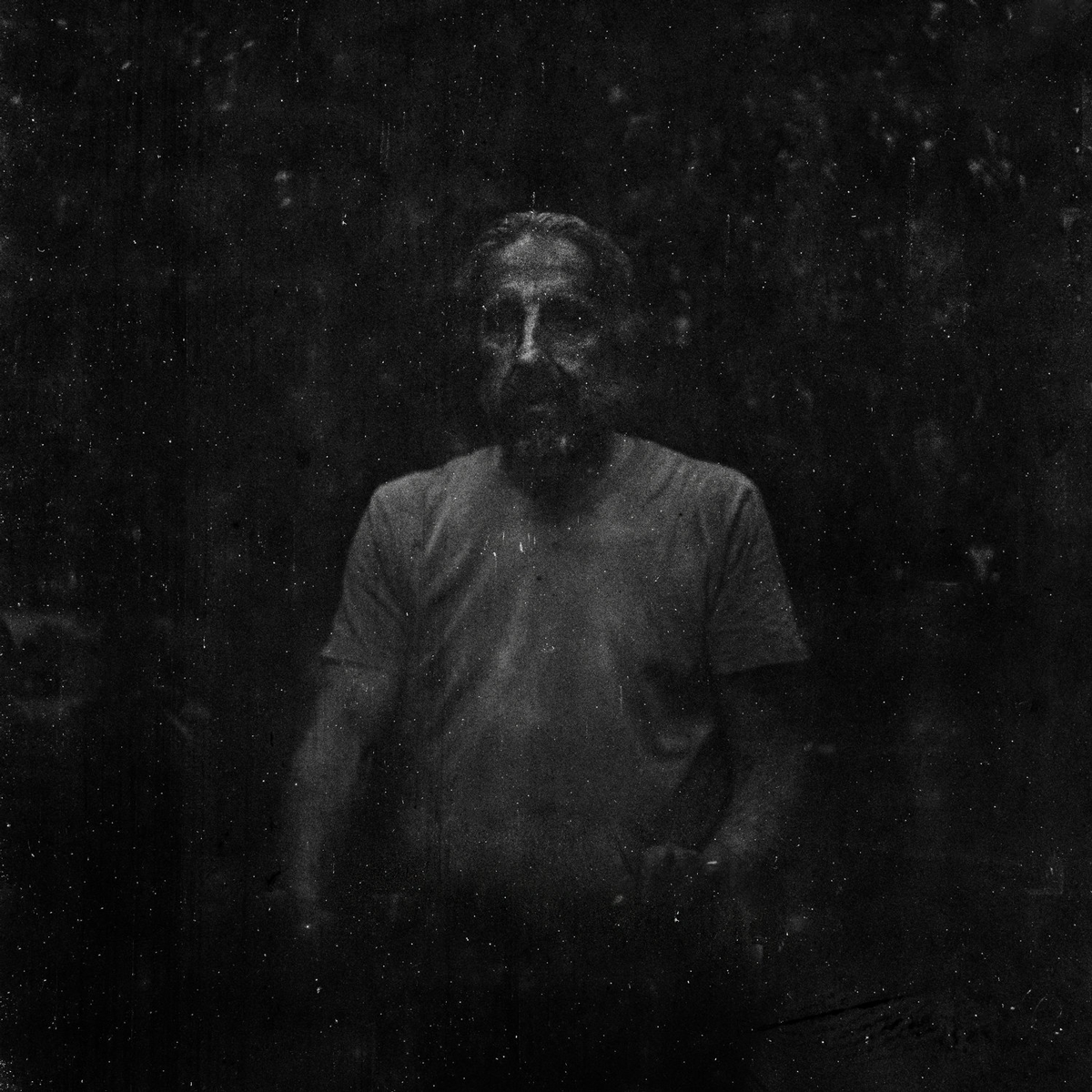 Expired film obviously isn’t the be-all solution to this in photography, but as someone sitting firmly in the middle of a lap in the hipster pool, I’m enjoying working out how to bring it into my work in a useful way. It adds a point of difference to my images, and since everything is democratized now, it turns out that’s kinda become an important thing.

What I love most about working with expired film is the end result and the ambiguity around that – you’ve kinda gotta have some passing fantasy in either masochism or lo-fi Russian roulette to really get a kick out of it. Expired film is less about the process, and more about the qualities you get to enjoy afterwards. If I was to try and think about something I like about the process, my mind would instead go to that one time at band camp where I shot an entire roll of my favourite expired stock on a commissioned fashion shoot, before opening up the camera to find the roll had disintegrated inside the camera and not wound through. It was a wonderful litmus test for how much I could junk talk my way out of it to afford re-shooting the same frames again. 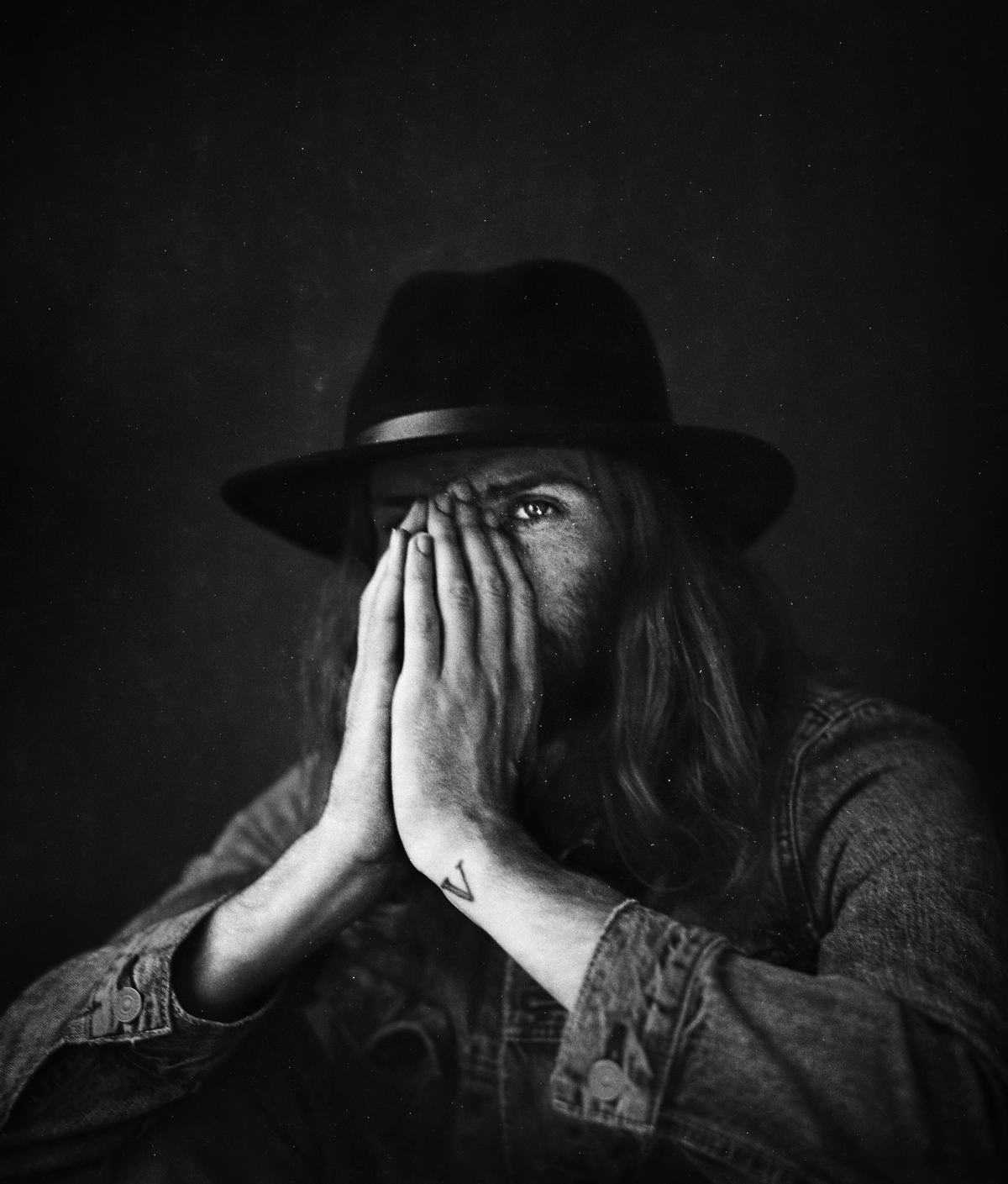 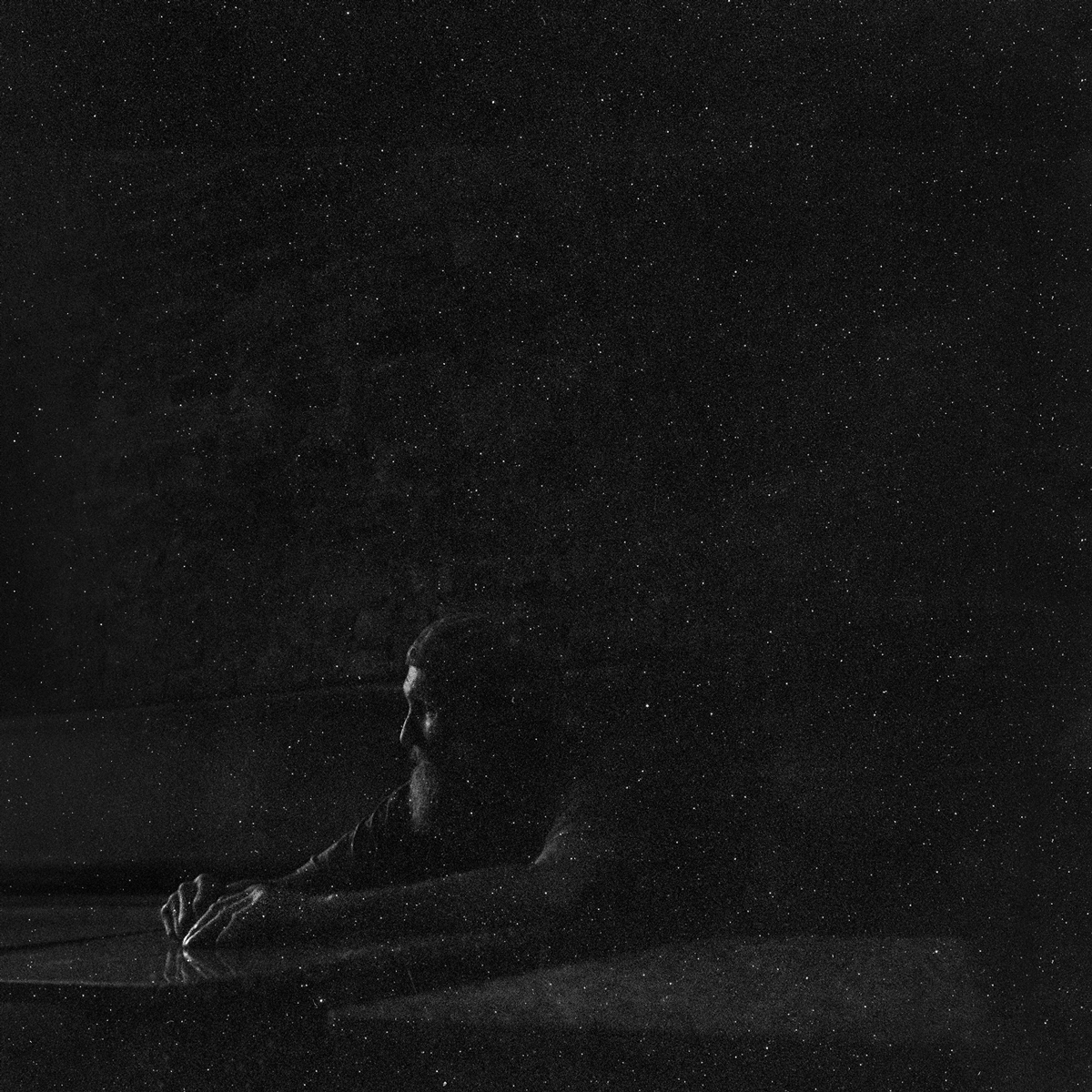 So it turns out, I can talk crap when I need to, and I then got some of my most favourite images out of it. Everything is too easy now, I like that shooting expired film sometimes throws a spanner into your flow. I feel like that’s something we should all be looking for, all the time.

The failures don’t come without their useful learnings, though – I learnt the hard way that due to the glue & backing paper degrading and breaking apart, that I now have to pre-unravel each roll, and physically tape the two back together to prevent the same problem from happening. Each stock will have its own intricacies, behaviours, and quirks, based on a variety of factors including its native ASA, how it was stored, and more.

So for me, the biggest thing is actually committing to a stock that you find, working out its behaviours (there’s usually some kind of pattern that you can extract and learn), and, like sex, not feeling like its a failure just because it doesn’t really work out great for all involved the first time. 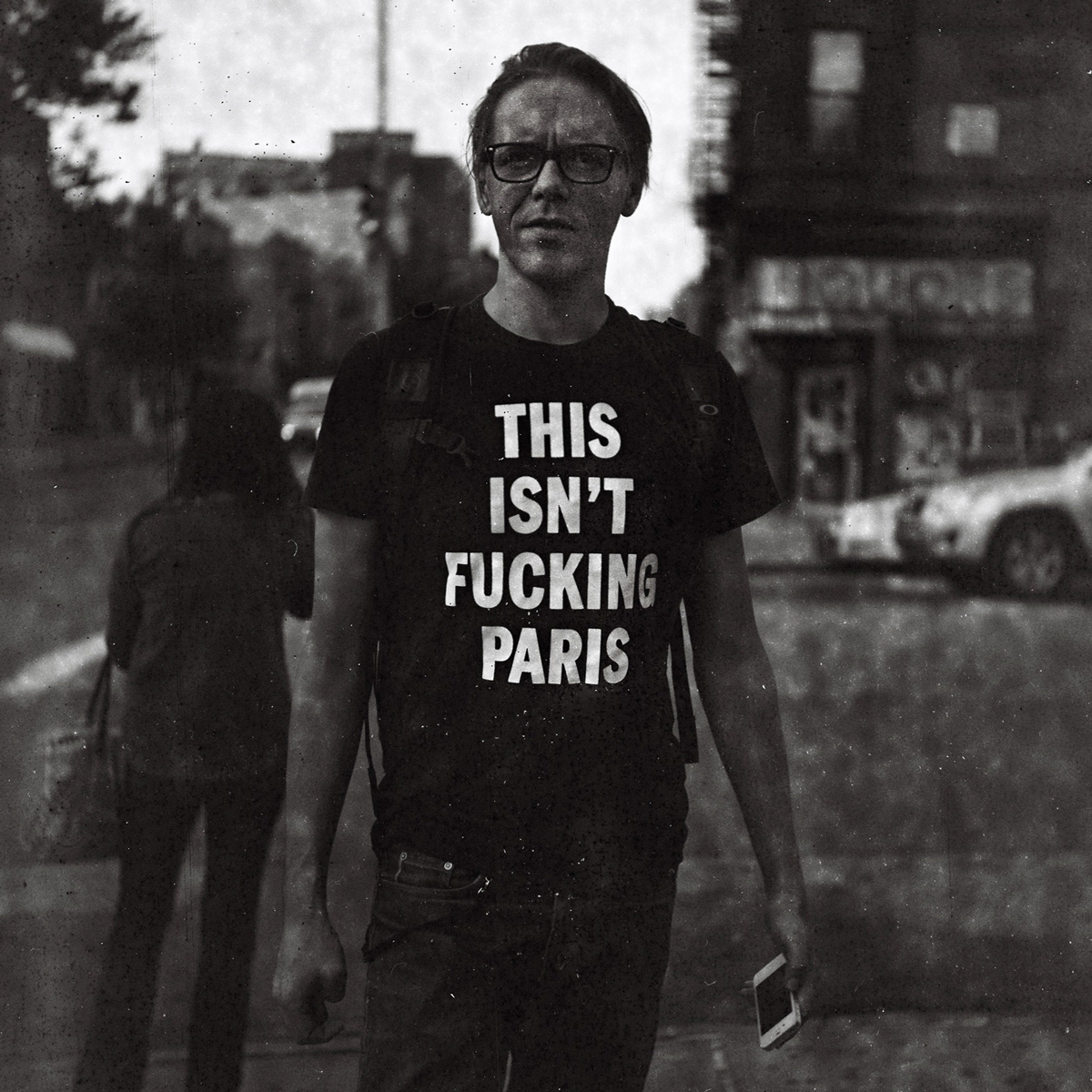 The great magic of using expired stock is in that tradeoff. If you want to enjoy something totally unique, you just have to let go, and actually get to know and tame it.

Play by its rules.

Feed it some kale.

So in the interests of keeping myself out of therapy lets stick with talking about the crazy, wonderful, glorious end results you can get out of playing with chemistry going through rigor-mortis, rather than the self-harm that sometimes comes through the process of actually shooting it. 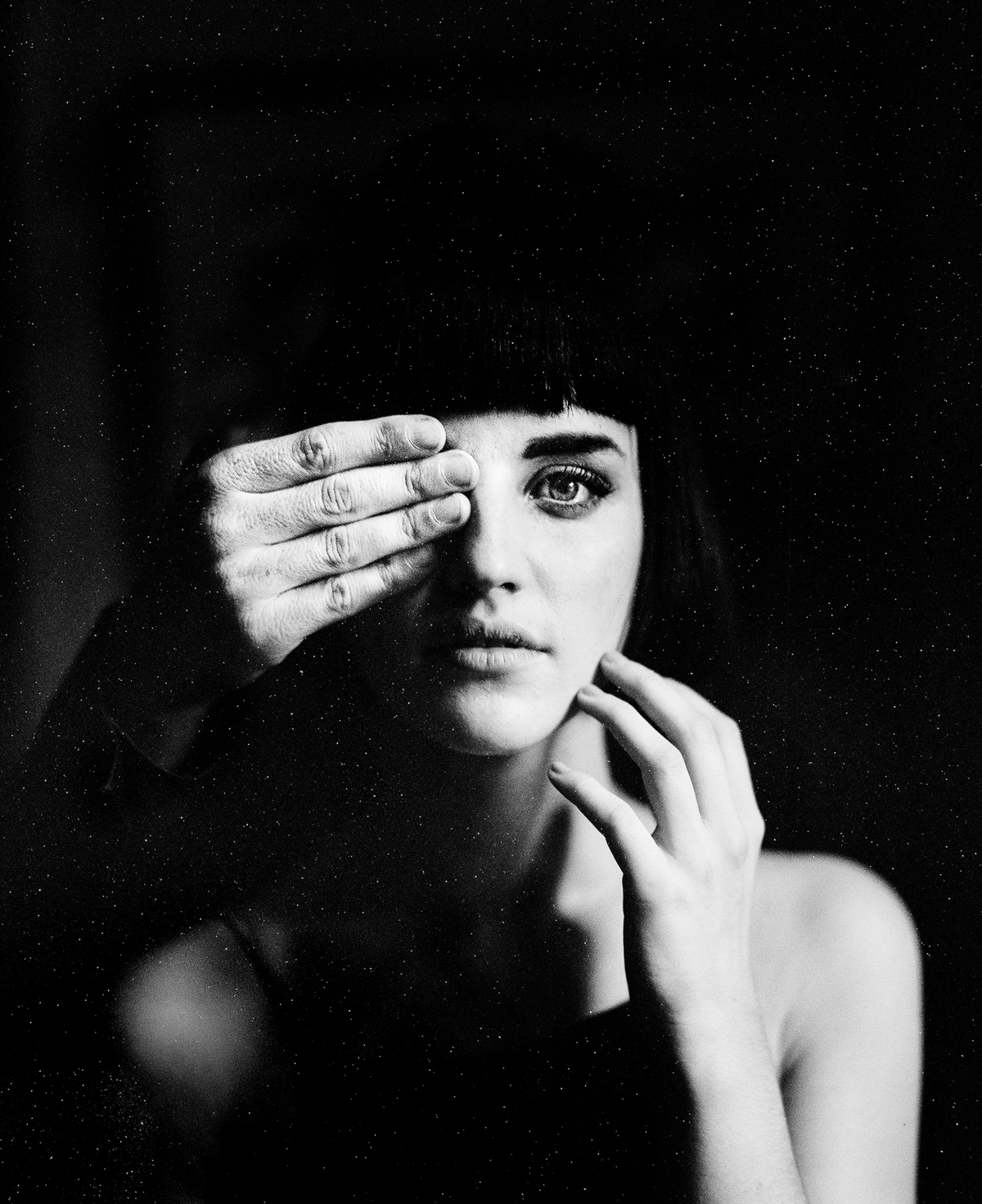 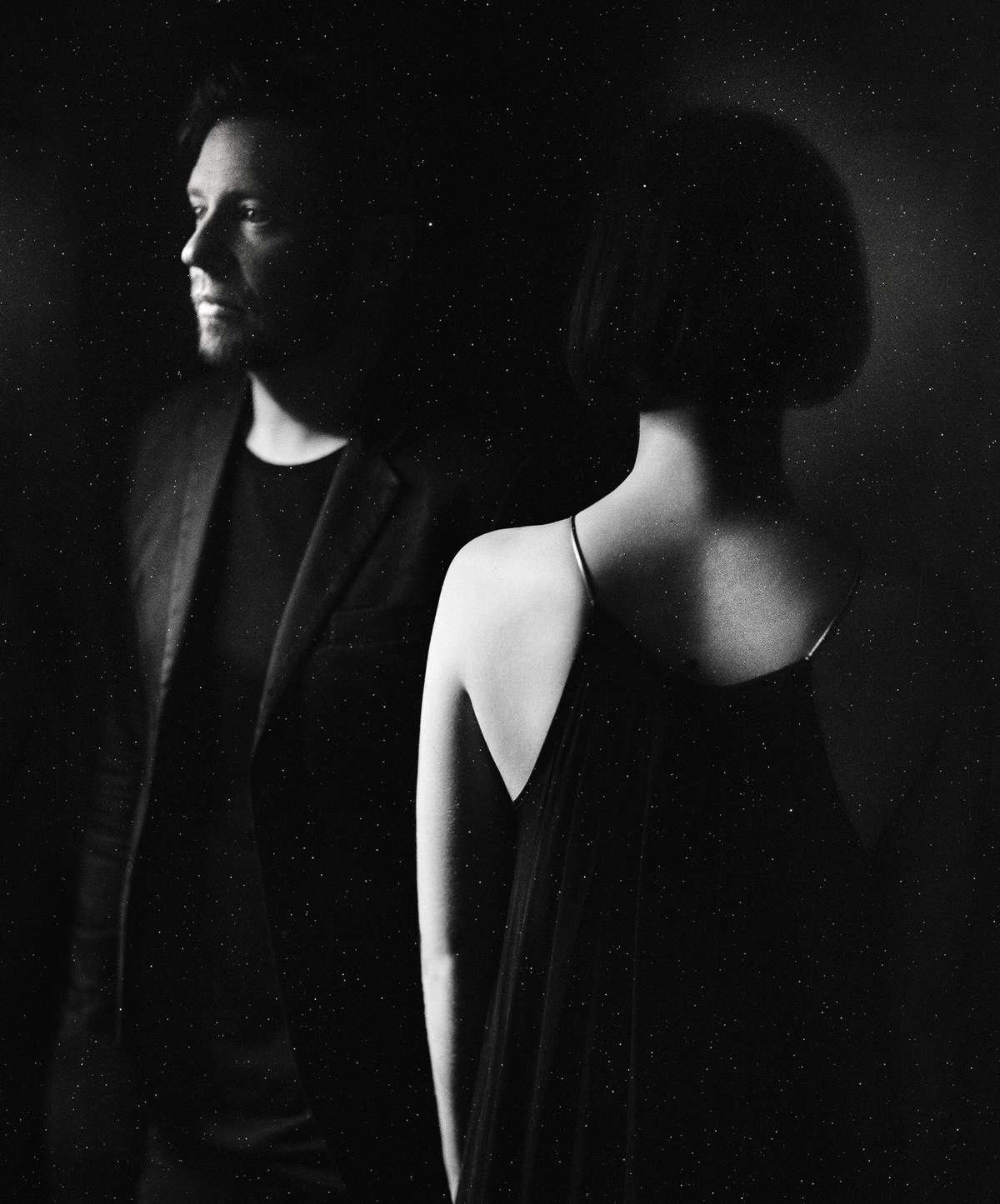 It’s a pretty glorious opportunity being asked by one of your favourite shooters to do a session with them, so naturally when the chance came I threw on the diva hat (it was really dusty but it still fit just fine) and demanded they come down to me for a full three days to just try out a bunch of stuff.

I had pre-planned a bunch of shots, hired a light, and wanted it to be something totally different to what it ended up as. Instead, I kinda freaked and lost my mojo when we rocked up to the locations, and just flew by the seat of my pants.

Funnily, as with just about any creative process, the good stuff comes after you’ve burst through the safety net and, literally, don’t give two focaccias about how things pan out. 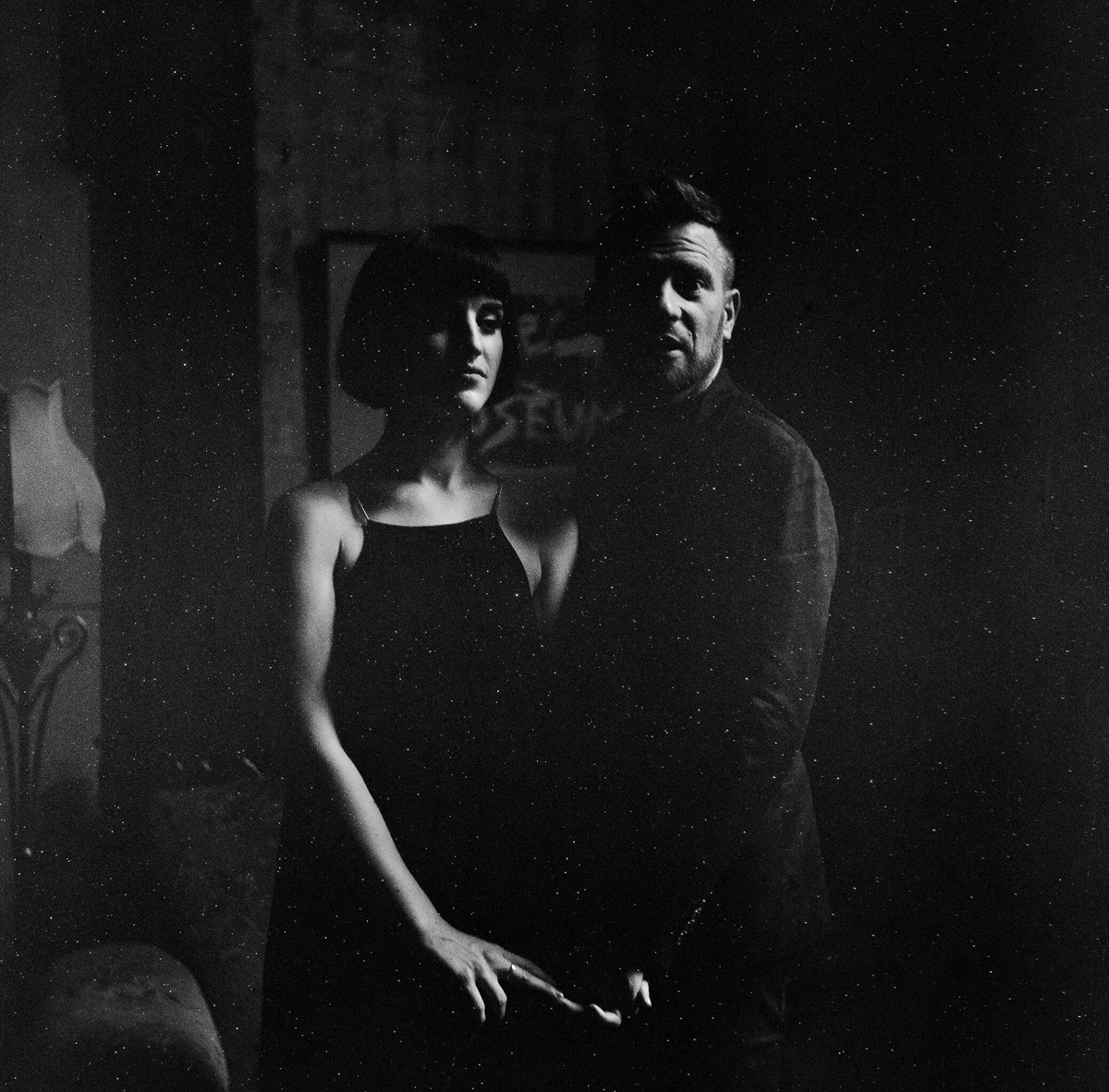 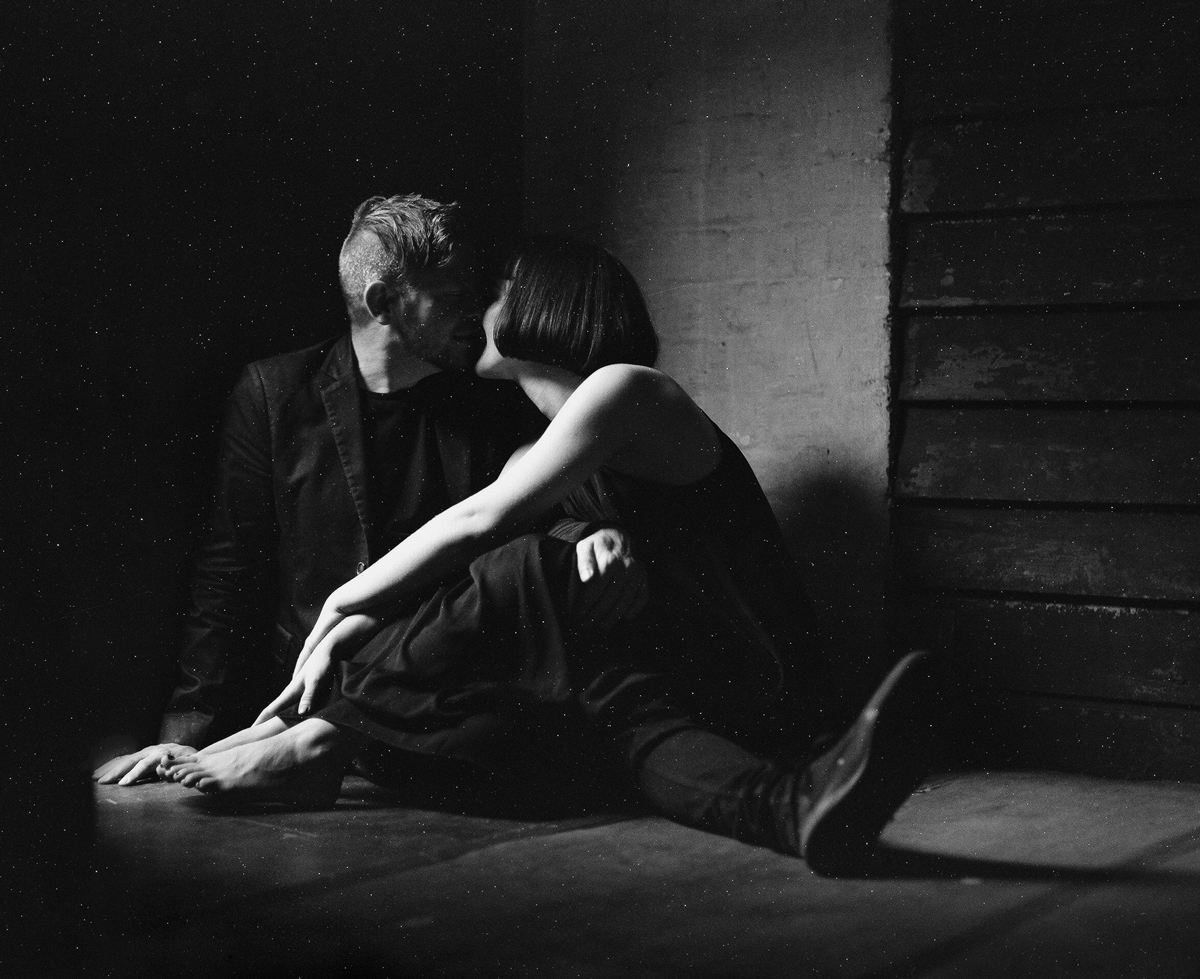 This happened all at the end of day three, in the last half hour. It’s not that nice creative images weren’t made in the time prior, but there was something particularly unique about the frames made in that last hour of, literally, just burning through the last few frames for the hell of it. There’s a lot to be said for trying to craft that frame of mind at all times, though.

One of the things I talk often about when I lecture is the idea of identifying our bias in what we are producing, and then trying to flip that on its head. There isn’t really more bias evident than in the act of photographing two humans, representing love, connection, and all that glorious mushy stuff. The narratives are strong: love is this, connection looks like this, the list goes on, and the stories we tell ourselves when making that work are endless, and poisonous.

When I shot these two, I wanted to challenge some of those biases I held, and try and show that those things don’t need to be represented by two grinning folks frolicking in a field of daisies: love and connection are far more interesting and obtuse than that. 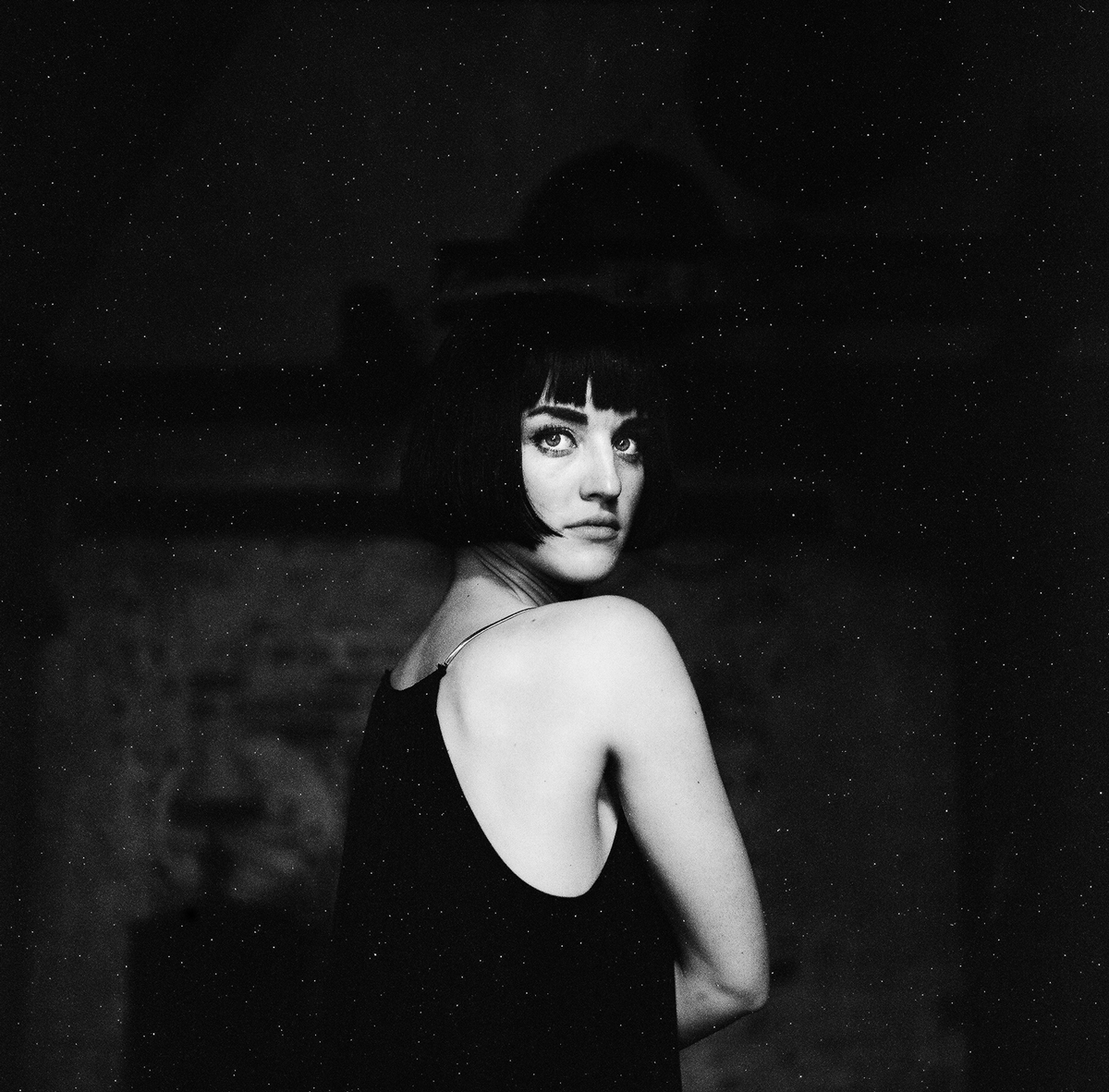 For this shoot I just wanted to shoot them in the frame of mind that I think works best, always: play, mixed in with a bit of confusion. The nice results are sometimes found in the strangest of tools and approaches. Generally I think of things like a song, so If I can get all cheddar on you for a moment, means approaching it with dynamics in mind: getting calm images, soft images, strong images, tight images, and everything in between and around those. 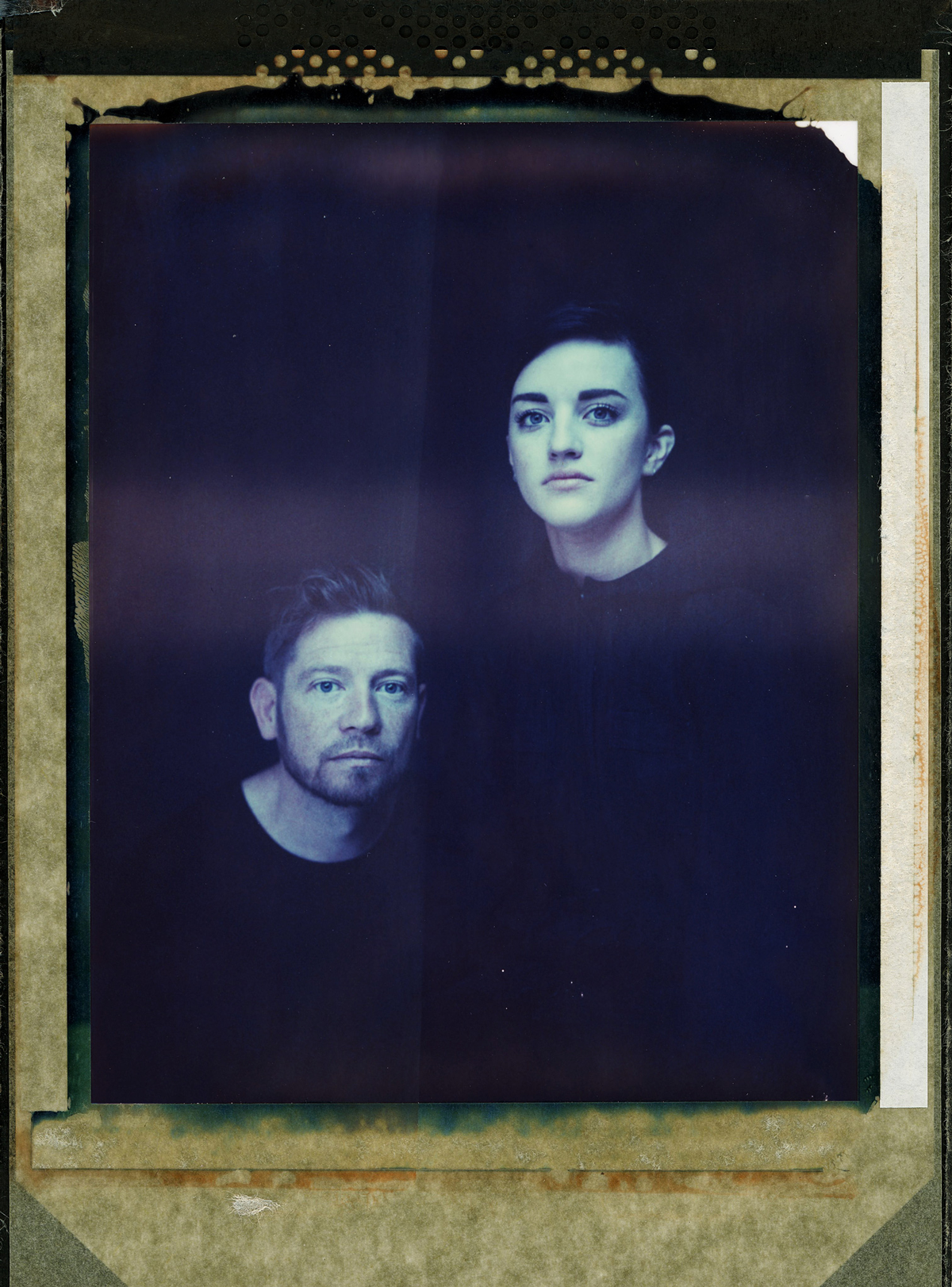 Whether it’s a good dose of inspiration, or a huge portion of laughter and great mood – we hope you’re walking away from this article curious and determined to experiment and enjoy the lemons and strawberries that life throws at you. Keep creating, challenging yourself, and enjoying the process all along. In the end – that’s all that matters, weather it’s a field of daisies, a mountain top, or your backyard.

Thank you so much Oli Sansom, for sharing your process and insights on working with expired film.

8 Tips to Rock Your Couple Session by Katch Silva